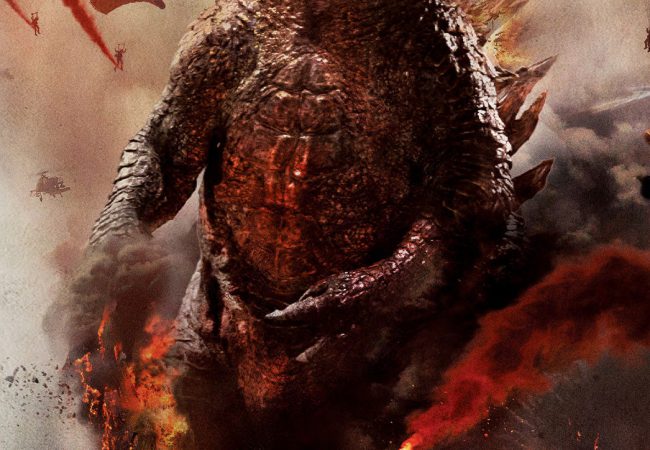 Okay, I knew I would enjoy the new Godzilla after that train wreck of a lame attempt with Matthew Broderick. Surprisingly, it was pretty good. It would have been BETTER if there would have been dubbed voice-overs as the originals, that way the weak parts wouldn’t have been so remembered, but other than that, it was a visually stimulating experience.    In this author’s humble opinion, the director missed the perfect opportunity to put a spot in the movie showing the traditional Japanese newscaster bleak on about Godzilla – I might have teared up!

When you drive home with a loved one and think about scenes, are visually exhausted from the experience, you know it was good.

I read a movie review in the WSJ and it was much more in-depth than I will attempt here, but in a nutshell, go see it.

A couple of the scenes of Japan and some of the tragedies that played out in real life were stark reminders of the past.  In an eerie way, one sitting in the theater felt a wave of compassion for those in Japan and definitely those who experienced the September 11 tower incidents.  Without spoiling the show, you too will probably remember!  Consider it a tribute and a memory and it will be easy to stomach.

We saw it in 3D Imax and let’s put it this way, there will be those scenes that may cause you or others to jump out of their seats.  Yeah, its that good!

You’ve been warned – its not for kids under 17, I don’t think anyway. Its pretty violent, very stressful for an adult and a very LONG movie. The plot takes forever to setup, but alas its worth the wait. The likes of Walt from Breaking Bad and just knowing that Godzilla is still on the horizon, makes it bearable.

And don’t forget the salty popcorn and something to drink – ugh, I drank mine too fast and while salivating over the movie, the popcorn left me dehydrated.

Its definitely worth seeing, you will smile in a couple scenes if you enjoyed Godzilla growing up – def a flashback. We are seriously thinking about seeing it again. Ticket price $16 each.