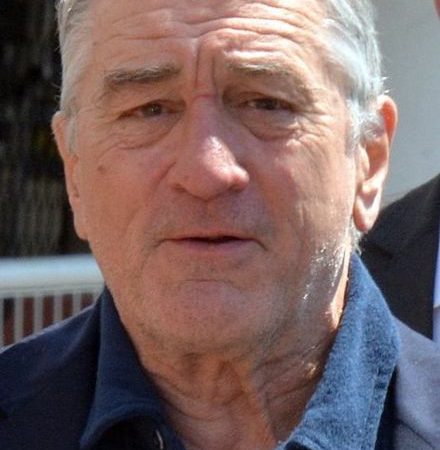 Robert De Niro was a great actor, emphasis on the word was. From what I have been watching lately, his tough guy act on stage has been worse than b-rate.

Lately he has been hitting the speaking circuit on every show that would have him, playing the tough guy again. He even went on the View (oh, they are gems themselves). And what does he say? He would disown Trump’s kids. What a fucking jackass. Bring the kids into your uneducated rants – actor or not, he is fucking loser in my book.

I have seen this shitty type manhood before with my step-father. It doesn’t take much to ACT like a man. You have to BE one and right. now, he is doing some horrible, horrible acting!

Well what the hell is going on here, auditions, mid-life crisis, uneducated rant? You mean he is NOT really acting with this crap?? I feel about as violated as when I heard that Storage Wars was a staged show!

Two tough guys raised in New York City, the Donald and the Robert.

One gets an elite and lengthy education, the other couldn’t seem to even graduate from high school. (Incidentally, I never knew that about one of my favorite actors. Since he started shooting off his mouth, I looked it up and wallah – dumb as fuck on paper. Thanks for making me learn that about you and have to write this blog).

One has 15 seasons of hits known as The Apprentice, the other some pretty incredible films along with some failures. Let’s give them both a point on that one.

One becomes President of the United States, backed by a voting population of 62,984,828 citizens, the other a brief speaker who hands out awards now and then.

I have really thought about this one because when it comes to acting, De Niro has been one of my all time favorites. But lately, we have to call it like it looks.

Now, I have made tons of mistakes in life and am usually the last person to point the finger (unless it’s at stupid people and really, really stupid lawyers). But what he has been saying lately is downright, well, un-American.

Wrap it in a free speech flag if you want to, but being un-American is dirty, disgusting and vile. Makes ME want to punch him in the face. Support the duly elected President you rich, coddled bastard! Or use your money, run for office or do something.

Stop pretending to be a tough guy – it was good on film WHEN YOU WERE DIRECTED!! Now, you just degrade the good acting history you have had and worse yet, our country and every Veteran. People who respect the titles Commander in Chief, President and sore loser.

Perhaps down deep, he is lashing out because it hurts him deeply as his dad supposedly left when he was two, announcing that he was gay. I would have to say, probably not. Making that kind of a jump would be Rachel Maddow style of MSNBC reporting, haha.

De Niro is getting old and reflecting on his legacy and compared to Trump, its pretty lame.

As a result, De Niro’s skirt is in a bunch because its not made of golden silk – but cheap, sun-beaten polyester. Now he is old enough to open his mouth about it.

And when you get old, you want to feel that you will leave more of a legacy – you want to hear the applause, one more time. But its not happening for Robert De Niro.

He is doing everything he can to get attention. And he found a punching bag, a fellow New Yorker.

Keep mocking President Trump at every award you give to someone else who is being acknowledged for doing well. People will clap and cheer and pretend you are relevant.

Good luck with that strategy Sir Robert De Niro. I hope you dig deep and realize how you are offending your fans and close to 63 million+ citizens of this great Country!

What a legacy to leave.