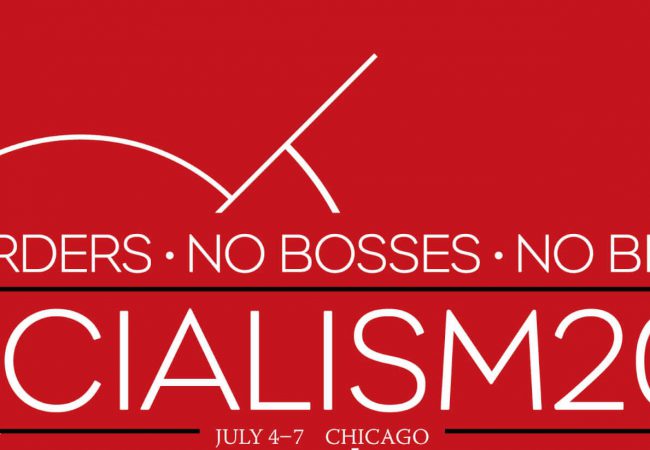 We need to ask the question, Why do they want socialism?

Everyone is covering who is saying what, socialist this, socialist that but no one is really explaining WHY the left wants socialism indoctrinated into our national system.

Think about this very carefully, it is very important. It may be coming to a town or city near you soon!

We need to be fully educated on what socialism is, who is driving it, what the motivation is and how to identify it.

That is the beginning to any battle to stop something, the Who, what, when, where. And by the looks of the website located to the left (pun), they are getting really, really organized.

So let’s organize our thoughts better!

Who is the socialist?

I decided to tour the website about to get a better understanding of the Socialists agenda in the Chicago area. In their Frequently asked questions section, one question stood out. Who should come? Everyone with an interest in overthrowing capitalism (so, everyone!).

Slightly above this section is a pricing section, regular rate $105 for a full conference ticket, $250 “solidarity rate”. That must be for the upper class, elites. Lol. I literally almost fell out of the sticky leather chair on my arse.

(That is capitalism you morons.) I wanted to write that but instead, I will put the definition of capitalism:

an economic and political system in which a country’s trade and industry are controlled by private owners for profit, rather than by the state.

So while they are intent on “overthrowing capitalism”, shouldn’t they start with not voluntarily practicing capitalism? OMG. Perhaps they should attend their own scheduled seminar by Pranav Jani, “Colonialism, Slavery and the the Origins of Capitalism.” I mean, shame on them. I wonder how he feels about them making people pay to attend this conference, please comment Dr. Jani, I promise to publish it!

Okay I just started, so sit tight and hold on to your chair, seriously, this might be good and I don’t want to be responsible for any injuries.

Another FAQ, What is the food situation? “Attendees are responsible for their own meals…” Okay now I am a little confused. It was my impression that socialism is a shared community thing. Everyone cares about everyone and meets all the human needs of each other. What am I missing here? And they look like a serious group of people, fists up and all.

My question is this, if they are taking money for hundreds of dollars for each seat why are they not buying them a biscuit at least, to meet a basic human need of food. Isn’t that anti-socialism?

Even their own speaker Dave Zirin, pointed out that a socialist society would based on “meeting human needs”. Hmm. Apparently not at the very conference he is speaking on this topic. Strange conference.

Well it appears that I have neither the time, nor the patience for digging into this deeper. I think in five minutes cursory review of the site, we understand the WHO, WHAT and a basic WHERE.

Now comes the bigger question. Why?

Many of these speakers are degreed professionals, some with distinguished careers. They appear to have strong followings and if you dig deeper, this is in many cities in this Country.

So back to the focus of Why?

Einstein spoke of evils of the political system, encouraged by money from those who make more money, causing an imbalance. And the only way to fix that imbalance would be a socialist systems where the school system taught re-enforced “social goals”.

Wait, I thought that was supposed to be the educational system anyway?

So I believe that the Why is for the common good. Socialists want to eliminate political greed and swaying politicians with money (i agree). They want people to care more for people (still agree). They want to eliminate competition and the individuals ability to compete and excel financially from competing. (seriously disagree). What motivator would there be to get out of bed in the morning?

If there was not a reason to excel, why try at all? If the lungs and body didn’t constrict without oxygen, we would never take a breath. We would die. If we stayed in bed forever without moving or getting out (and meeting and taking on the competitive resistance of gravity), we would quickly die. The human needs a competitive force to survive, prove me wrong scientifically.

If the socialist agenda took hold, there would have to be laws and martial law to make people work. From the beginning of time, people hunted to eat. To not eat is pain, its a competitive motivator to do something, to produce something and share something (or sell something).

Everything about us is driven based on pain and pleasure.

Pause for a moment and really think about that sentence. Every advertisement, every news coverage, its all invoking measured pain and pleasure in its audience. To entertain or to get you to do something. We eat certain foods because we like them. We avoid others because they make us feel bad. We buy things to make us happier and we take on painful debt to live better. We work harder and show up on time to get promoted, to make more money. Its a sort of social order already, one that works fairly well.

Does capitalism work for everyone? Not always.

Are there some people in a society incapable of competing or succeeding in a capitalistic society, sure. There will always be segments of society that need attention and help. They get it from various churches, family members, society and government programs already. But making an agenda to scrap the entire system is just, well, irresponsible.

If your child is struggling learning to walk, you help them overcome it, knowing that practice makes perfect. You do not brandish a fist and get rid of it for a better child. That would be crazy.

Socialism is crazy. The socialists intentions may be good (I say that to be fair as many socialists believe in a deeper agenda). That agenda being a government control of society. People cannot take care of themselves so we have to do it for them and what better way to start than to make everyone the same.

We are not the same. Racism and sexism goes away if we all just embraced and understood those five words.

Take away all competition and sports and meet all the human needs, it looked good on Star Trek, but in reality, it would be devastating.

In summary, Socialists by their own website post want to overthrow capitalism, encourage the military to resist the Command in Chief (President Trump), eliminate sports and any sort of competition, make everyone equal with all their needs met.

Their argument might be slightly more powerful if their own conference lead by example. Give it away, pay for meals, smoke when you are told not to and resist anything requiring money or any sort of social. Everyone in the conference should be able to speak. The Professors should rescind their degrees and everyone should wear the same clothing.

Frankly, I don’t know how some people can smoke and others cannot. That’s not fair – someone is doing something someone else is not. That’s not fair. Everyone should share a single cigarette. Or do they NEED to be told not to smoke.

Folks, don’t let them fool you, we have seen it all before. Explore the model of socialism, get familiar with it so that you carry on a conversation with a socialist? Why? They are getting organized.