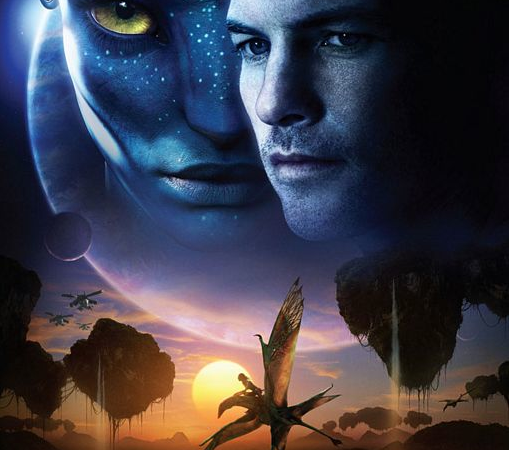 Here is my Avatar movie review!

We paid to watch Avatar, the Armaggedon-hyped movie in all its cinematic glory at iMax. We fully expected incredible visuals, breath-taking artwork and technological advancements in movie productions.

I must credit the visuals as being unique, especially the scene of the diving dragons, etc. Pretty nifty but I found the 3D glasses irritating and somewhat nauseating overall. I left with a headache, as if I had a fabulously vivid dream that left me drained after waking up…

Does anyone else consider the near naked blue Avatar chick a certain level of pornography? I kept watching the show, clearly seeing her nipples and wondering if anyone in review land would make a mention of her nakedness. Her sultry voice made it bearable (grin). But God, was it a reckless placement of clothing over the nipples and breasts.

But then again its okay to show a computer animated depiction of nudity to our children, since its not real, right? Crazy, but under FTC and regulatory guidelines, it may very well be true!

Reviews from Variety to others, have pegged the movie as “genius”, not to be topped. And many other incredibly lofty statements. Cinema-goers truly want something like this. To be altered from traditional movie experiences. But in my view, Avatar was just another film which did not live up to the hype and in fact, disappointed me. Batman – the Dark Knight had more interesting art captured (take the scene from the skyscraper).

Overall, my Avatar movie review is this. I left with a headache and a grin as I thought of the documentary I watched about how the film was made. I realized that the documentary was much, much more incredible than the film itself. (If you haven’t seen it, you should!) The technology used to develop this film and the facial expressions of the animated characters was much more titillating than the film itself. But if you are looking to see blue boobs on a hot beast with a long tail, wait for the DVD. And for God’s sake – use discretion when showing your kids.

Otherwise, shit – just give them a subscription to Playboy – there really is not a difference…