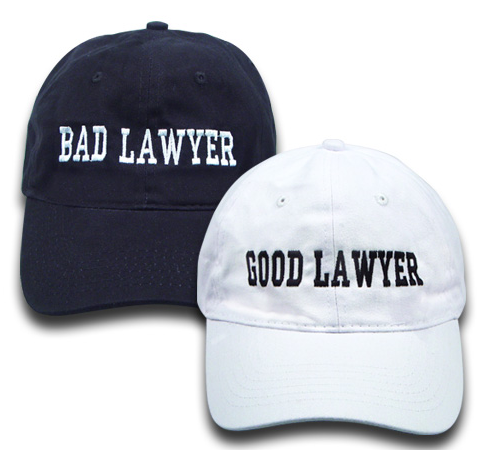 A Bad Attorney – leaving their stench on the landscape.

The U.S. Supreme Court is the highest court in the United States of America. Here is what Chief Justice Warren Burger had to say about bad attorneys:

“75 to 90 percent of American Trial Lawyers are incompetent, dishonest or both”

How is that possible?  Wait, I guess I should say, we know its possible, but how does that continue to be a possibility.  Are they breeding with other bad attorneys?  Do they put their penises into each other like they do their clients so that they spread the idiocracy?

I watch bad attorney after bad attorney post in the Craigslist legal forums, spamming ad after spamming ad.  They are trying to solicit business as counselors of law when Craigslist’s policy is clearly ONE listing in a single category in one 48 hour period.  I get it and I am an uneducated non-lawyer spokesman.  I feel for the simple who hire those morons, truly fitting into Chief Justice’s percentile.

I think its funny…sort of.  When it comes to legal issues having a bad attorney is NOT a laughing matter.  I mean it could be the difference between going to jail and living the rest of your life free with family and loved ones.  It is just funny that it can be so rampant, so readily available and out there and continuing on even as you read this!

People out there, you have been warned by the former Chief Justice of the highest court in this land.  More than likely this man knew what he was talking about and it was not an off the cuff comment.   I mean its probably pretty hard to get a position on the Supreme Court bench, much less become the “Chief Justice”.

Stay attentive to which bad attorney you hire if you have a legal issue, it certainly will matter….and for God’s sake, flag the morons on Craigslist before they hurt themselves, or someone else, lol.